Created for showing my works in private repository.

* Note: It will be added as needed.

From Kumamoto in Japan(and now living in Fukuoka)

Graduated from Depertment of Electrical Engineering and Computer Science, School of Engineering, Kyushu University in March, 2017.

Expected to graduate from Graduate School and Faculty of Information Science and Electrical Engineering, Department of Advanced Information Technology, Kyushu University in March, 2019. 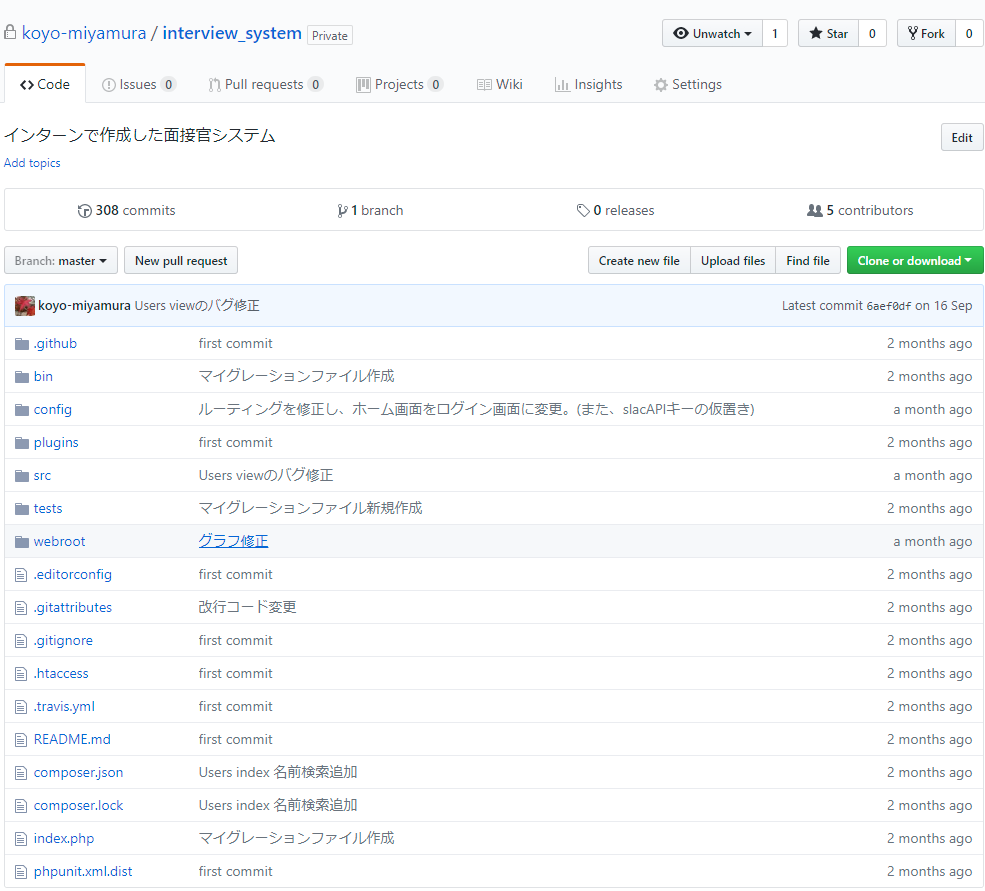 Internal interview management system developed in the period of internship

Proposal / design was done by three people and development was two people including me.

Now it is used in the company.

Mainly responsible for web design (excluding the part using Javascript) and logic development including login/logout, authority management, and so on.

According to the given design, creation of Wordpress theme by HTML + CSS (bootstrap) with responsive web design.